We would like to offer our sincere support to anyone coping with grief. Enter your email below for our complimentary daily grief messages. Messages run for up to one year and you can stop at any time. Your email will not be used for any other purpose.

Share a memory
Obituary & Services
Tribute Wall
Read more about the life story of Gerald and share your memory.

Gerald W. Seliga, age 82, of Frankfort, IL, went to heaven Monday, November 28, 2022.  He was born in Chicago, IL and married Kay E., nee McClain. Jerry served in the U.S. Navy and was a Radarman 2nd class from 1958 - 1962. He served aboard the Navy Destroyer U.S.S. Halsey Powell DD 686. After his service, Jerry was an inventor with six patents designing and building tonnage measuring instruments and controllers. Jerry was a loving father of Ellen (Edwin) Cespedes and Karen (Robert) Matos; a fond uncle of Jason (Tracy) Zarnowski, Leslie (Mark) Van Alstine, William McClain and Jennifer (Charles) Janz; caring grandfather of Alex (Kaylin) and Nicole Matos and kind Brother-in-law to Roberta (Roger) Zarnowski. Jerry was preceded in death by his father, William Seliga, his mother, Irene (Fedora) Seliga, his brothers Phillip and Robert Seliga and brother-in-law Mark McClain. A memorial service will be arranged for Spring 2023 near Chicago, IL.

To send flowers to the family or plant a tree in memory of Gerald William Seliga, please visit our floral store. 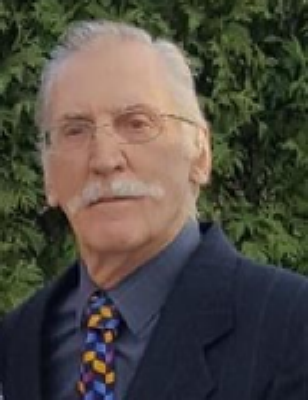 In Loving Memory Of

Look inside to read what others
have shared
Family and friends are coming together online to create a special keepsake. Every memory left on the online obituary will be automatically included in the book.

In Loving Memory Of

Look inside to read what others have shared

Family and friends are coming together online to create a special keepsake. Every memory left on the online obituary will be automatically included in the book.

You can still show your support by sending flowers directly to the family, or by planting a memorial tree in the memory of Gerald William Seliga
SHARE OBITUARY
© 2023 Beverly Ridge Funeral Home. All Rights Reserved. Funeral Home website by CFS & TA | Terms of Use | Privacy Policy | Accessibility